News, updates & stories from our community 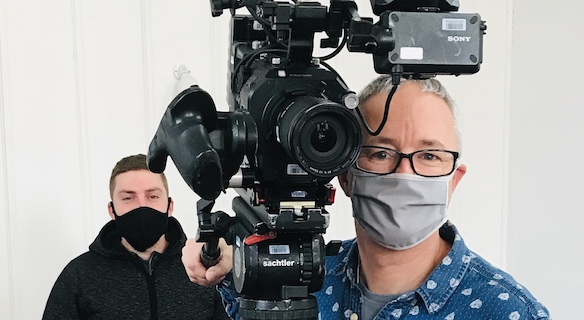 Friendship, Fun and Songs of Praise at Cheddar Baptist Church

A sense of belonging and having fun with others can make a huge difference to our day, especially during these isolating times. What a difference returning to your home makes when you’ve spent a morning being and laughing with others!

I recently joined Cheddar BC’s Friendship Café for just such a morning and found a sense of belonging and fun to be at the very heart of this group.

Led by Church Secretary Angela Wilson, the group has long been a heart-warming ministry where friendships are nurtured, gentle fellowship is shared, fun is had and where thought provoking activities take place.

Group members have also enjoyed listening to reminiscences based around a special object brought along to share and they’ve become quite competitive when it comes to quizzes and games including Who Wants to be a Millionaire, which has seen them win the jackpot of £1,000,000 – though sadly not in reality!

The weekly group has been running for many years in different guises. It began in the Church building as Women’s Bright Hour, exclusively for women and then later developed into Friendship Group welcoming men too.

Three years ago, they were invited to meet in Cheddar Library, a move which heralded the new name Friendship Café in the hope of attracting ‘passing trade’, which they did. Some people dropped in occasionally and others came every week, enjoying cakes, hot drinks and good company together.

The initial remit had been to support those with dementia and their carers, with the support of the charity Dementia Friends. It quickly became clear though that recent bereavements or a desire for company were also motivations to come along and sometimes Mums with small children returning books at the library joined the group for refreshments. So now the group simply welcomes people of all ages and has made great connections with the wider community, including visits by the group to the local primary school.

In the Spring, Coronavirus forced the Library to close, so the group kept in touch regularly on the phone and as restrictions lifted, they began to meet in parks and then in back gardens in smaller groups in the summer sunshine.

Associate Minister Jon Thurlow told me that he and his wife Sophie have been “encouraged by hearing about the simple way in which genuine friendship and connection, even during these isolating times, have brought a little bit of light in the darkness, through the work of the Friendship Café group”. He went on to say “I’ve heard so many innovative and aspirational stories and examples of missional activities over recent years, but at its simplest level, being involved in the mission of God is about demonstrating in words and actions the good news about Jesus and alerting people to the fact that Jesus is Lord. That’s the essence of what is occurring amongst this group of people and it’s been a pleasure to hear what God is doing through them as they share their lives together.”

When the Friendship Café restarted in the church building at Cheddar BC in September, its members couldn’t have believed that only a few weeks later they would be joined by a camera crew from BBC Songs of Praise. And they weren’t the only ones; Minister Paul Spanring thought it was a prank call when his wife Susie said it was BBC Songs of Praise producer Mark Warburton at the other end of the phone for him!

Having already filmed hymns from around the South West including Bristol, Plymouth, Exeter, Nettwood Farm which overlooks the Mendips, and a piece from Aled Jones exploring the origins of the hymn Rock of Ages, Mark was keen to capture and include a story or testimony from a Christian living in Cheddar.

A lifelong member of Cheddar BC, Barbara had spoken at a church service earlier in September, about her love for the Church and how it had been at the heart of her life, from being a small child. Barbara is a wonderful storyteller and having now listened to her myself, it’s no surprise that after receiving a recording of the service from Paul, Mark got in touch with her to arrange for her to be interviewed by Aled Jones so that her story could be shared with viewers around the country.

Now in her 80s, Barbara has lived in Cheddar nearly all of her life and is something of a local history expert. She’s also part of the Friendship Café, where she has enthralled and delighted the group regularly with her knowledge, interspersed with often hilarious personal anecdotes. It was on one of these occasions that the Songs of Praise team came to film at the Friendship Café – to capture a bit of Barbara delivering one of her unique personal local history presentations.

It was a fun morning in the church on a bleak and rainy day – definitely a lovely experience for me to return home from and an unexpected and welcome highlight for the group and for the Church as a whole at this time.

Please do pray for the Friendship Café which will continue to meet through the winter months as long as it is safe to do so. If you live in or near Cheddar and would like to join in some time, please contact Cheddar Baptist Church on 01934 742858 or email the church.