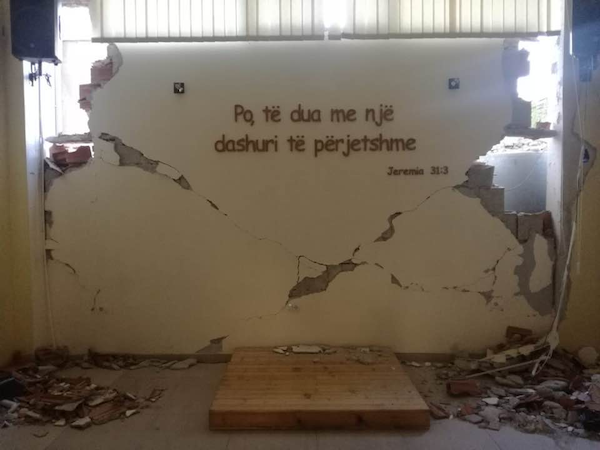 Maki Miço is the minister of Cairns Road Baptist Church, Bristol, and Albanian. He has been in close contact with friends and colleagues since the earthquake on Tuesday, and explains more:

Albania was hit by a terrible earthquake of 6.4 Richter scale in the early hours of Tuesday this week and has been experiencing severe aftershocks since. This has come with a great catastrophic cost: more than 45 people have been killed, 700 injured and thousands are homeless at this stage.  There is a lot of fear, uncertainty and despair as people deal with the shock.

The focus for the moment is to still rescue those under ruins as well as to care for some of the people who have been affected the most and sleeping outside in cars, tents and temporary shelters.  It has been an encouragement to see the involvement of the neighbouring countries and their tireless efforts to rescue and support the Albanians in these difficult hours.  Although everyone means well and wants to help the coordinating of the operations between government, NGOs and churches is proving to be difficult. 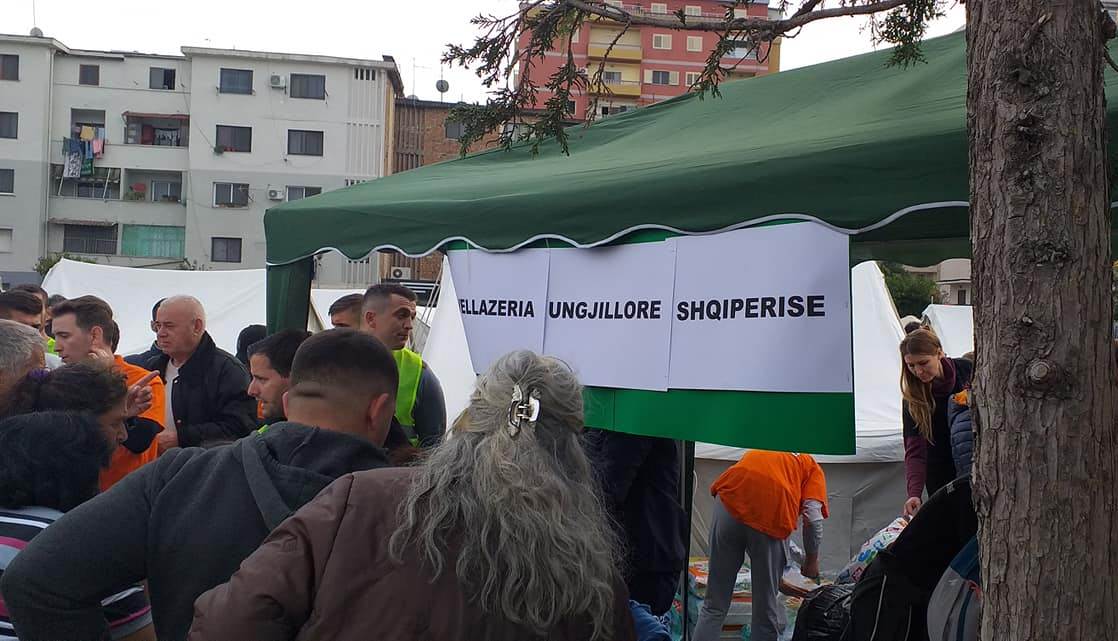 My immediate response has been to stay in regular close contact with leaders and believers in different areas and to reassure them of our prayers. People are sleeping outside in cars and tents, as their apartments are not habitable. 37 tower blocks and 167 houses have severe structure damage and many more have big cracks, including the home of Mondi, the pastor of Lezhe, who is also the President of the Albanian Baptist Union.

It would be great for us to be able to help them practically, and I see that more as a mid and long term rather than immediate. I will be visiting Albania next week and I value your prayers in discerning clearly what is the best way to help them and enable the local leaders and believers usher God’s Kingdom. 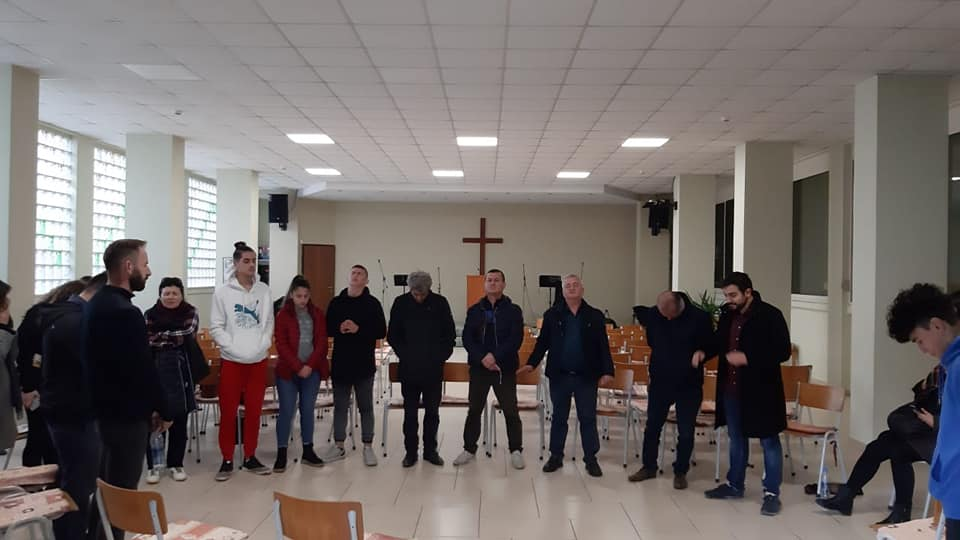 In three weeks’ time we will be distributing 3200 shoeboxes filled with presents and around 100 food parcels. Our WEBA churches have now been involved in this initiative for five years, in order to provide tools of compassion in the hands of the churches we are partnering with. This initiative happened very naturally with me being an Albanian and serving as a minister in Bristol, as well the support that I had from the beginning from fellow ministers as well as regional ministers who have been visiting Albania with me regularly.

I am so grateful that so far, we have been able to take several teams from different churches to visit different parts of Albania and it has resulted in partnership with the small group of churches of the Baptist Union there. The project is called WEBox and you can follow us on Facebook where there will be regular updates about the WEBox and earthquake help.

I am sure the needs for food, clothes, medication and other practical stuff will be great in the coming weeks and months. It would be such an encouragement to be able to help, so please do get involved in giving to the WEBA link and get in touch if you wanted to know more.

Maki Miço is the minister of Cairns Road Baptist Church, Bristol. For regular updates on this situation, follow the West of England Baptist Association on Facebook.